What's a half million words between friends? 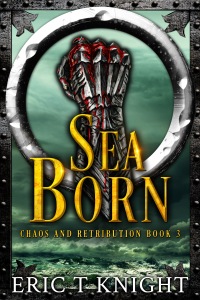 So I spent almost 30 years doing the “traditional” writer thing: turn out a book every few years. Spend a crapload of time writing and re-writing my query letter. Submit said letter and sample chapters to various agents and editors. Wait months for a form rejection letter (or to be completely ignored). Rinse and repeat.
By the end of last year I realized it wasn’t going to work. I’d had a couple of agents over the years, but that never went anywhere. It had gotten to the point where most of the agents and editors I queried didn’t even respond–even those who specifically said they were looking for new writers. It was either give up my dream of being a full-time author or try something drastically different.
Over the years I’d self-published a half dozen of my best books on Amazon. I’d found a few readers, but they were mostly friends. I knew there was a booming indie author movement, as more and more authors bypassed the publishing houses and brought their work directly to the readers. I’d even dabbled in it, running a few promotions, spending a little time on the message boards.
But to me the indie route wasn’t something I wanted to take. For one thing, I still thought of self-published books as being mostly crap. Nor did I want to learn all the marketing stuff. Ugh.
However, the thing that really was stopping me was that most of the successful indie authors were giving the same advice: you won’t make it writing one book a year. You need to write more if you want to stay on people’s radar and be noticed.
That horrified me. I’d never written more than a book a year at my fastest. How could I possibly triple that? Wouldn’t I just be turning out junk?
But like I said earlier, I was out of options. It was either try something radically different, or give up on my dream.
So I took a deep breath and plunged in. I started taking the advice of the successful writers. I got new covers made for my existing books. I started building a mailing list. I started treating this as a small business and learning the things that went into that business.
But mostly I started to write more. A LOT MORE. Ten, fifteen, even twenty thousand words a week of new material. (120,000 words is roughly a 350-400 page book). Working on two books simultaneously. I’d get up every morning and write for four hours or so, until I was worn out, then work on learning marketing and promotion stuff, take a break, and go back to writing for a couple of hours in the afternoon.
I’d finish the rough draft of one book and immediately start on the rough draft for the next book in the series, working on the new book in the mornings and editing the previous book in the afternoons.
It’s been grueling. Massive creative exertion is exhausting in a whole different way from physical exertion. I began to live in the worlds I created, to the point where I’d get in the car to go do errands and think, where am I? What am I doing? Look around at all the normal people and feel like a stranger in a strange land. It was kind of disorienting.
Other problems cropped up too. This is my first actual desk job and I guess I’m not that cut out for it because I’ve had lots of back pain and one of my hamstrings has seized up. This even though I’ve made time for exercise regularly. Trouble sleeping too, waking up in the middle of the night and thinking about a plot point or a new ad I want to run.
But it’s been rewarding too. We don’t know what we’re capable of until we really challenge ourselves. I thought I could only write one book a year, yet here it is, still September, and I’ve churned out five new books and over half a million new words.
Hold on. I want to say that again, because it’s still kind of unbelievable to me.
Half. A. Million. Words.
That’s better than 1500 pages. In nine months. Once the new book comes out on the 26th, I’ll have released a book a month for six straight months.
Whew!
I never knew I could do that. And I’m pleased with the work too. Being a perfectionist, there are things I’d like to have done to those books, but they’re little things that most wouldn’t notice anyway and besides every one of those books has better than a 4.7 rating on Amazon, so people must like them the way they are.
So what’s next, you ask?
I’m going to slow down for a bit. Spend some time recovering my creative energies. Blog a little. Do a house project. Read other people’s books. Probably only write one book between now and the end of the year. (A new Ace book! I’m actually pretty excited to see what Ace is up to these days.)
I need to work on the business end a bit more. A few months ago I began turning a profit, but in the long term if I want to keep doing this full-time I need to double or triple what I’m making.
Anyway, now you know where I’ve been lately. And for those of you who saw me in person, stumbling around with glazed eyes, oblivious to the real world, you know why.