Ace Lone Wolf and the Lost Temple of Totec – Chapter 5 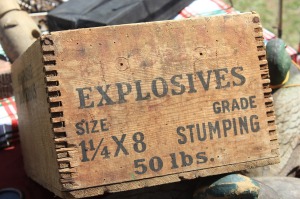 For a long moment everyone just stands there stunned. The safe is completely gone. Nothing to show where it is but a little muddy water, already swirling away. Maybe a couple of bubbles. That was some soft mud.
“Son of a bitch!” Boyce shouts.
Without any warning he lunges at me, growling, his arms spread wide. He’s got two inches and thirty pounds on me. I need some room to move. I step back—

Right on a rock that rolls under my foot. My ankle buckles and I go down. Boyce lands on me like a small bear, driving the air out of my lungs. He smashes me once in the face, but before he can hit me again I recover enough to twist, kick my legs free and buck my way out from under him.
He comes to his feet faster than I thought he would and now there’s a knife in his fist. But I’ve got my feet under me now and knife fighting is something I know. We Apaches just about invented the sport.
He slashes diagonally at me. I lean back, just enough so he misses, then grab his wrist on the follow through with my right hand and pull down. That throws him off balance and falling forward into me. As he fights to regain his balance, his chin comes up and that’s what I’m waiting for.
With my left I hammer him with a short, wicked jab to the ear. It hurts, getting hit in the ear. More than you’d think.
He staggers sideways and I drop down and with a leg sweep I knock his legs out from under him. Before he can recover I leap on him, driving my elbow into his kidney. He wuffs in pain.
I grab his right arm and jerk it around behind his back, twisting it up toward his head until he yells. But I don’t care. I’m sick of his shit. I’m going to snap his arm.
“Posse!”
Everyone freezes. Bill is pointing down below. I let go of Boyce’s arm and rush over to the edge of the cliff along with everybody else. Sure enough, there’s a dust cloud coming. They’re probably about a mile away, at least a dozen men and riding hard.
One thing’s for sure, they’re not going to have any trouble tracking us.
“How’d they get here so fast?” Timmons asks no one. “We should have more time.”
Who knows? Who cares? The point is, they’re here and we need to be somewhere else. Now I really am getting shut of this gang. Maybe Butch Cassidy and the Sundance Kid are looking for new members for the Wild Bunch.
“We can’t leave without our gold!” Gimpy howls. “It’s ours!”
“I ain’t arguing with you, kid,” Grady says. “But they damn sure will.”
A general stampede to the horses begins. I take one last look at the oncoming posse and then turn to go.
As I turn, from the corner of my eye I see Boyce, his lips twisted in a snarl. At the same instant I see the knotted tree limb he’s swinging at my head. I try to raise my arm, but it’s too late.
The limb hits me square in the side of my head and I go down for a long nap.
Go to my books on Amazon.
Go to chapter one.
Go to the next chapter. 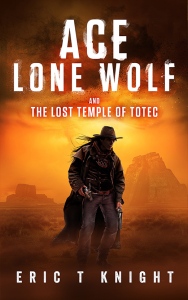