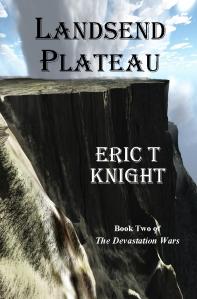 She pressed her hands to the largest of his wounds and let Selfsong flow from her. The wound began to close. But she was too weak, too exhausted from the past few days. She could sense him slipping from her. She needed more Song.
Desperately she cast around her. There were several flows of LifeSong nearby, but if she directed one into him, as she had done with the monster, she was afraid she might kill him. Raw Song was too chaotic, too uncontrolled for what she needed to do. She needed Song from something living. Once raw LifeSong passed into a living creature it changed, becoming slower and more manageable.
All at once her questing senses landed on a herd of small deer that were making their way across the barren rock a short distance away, just beyond the rise. Within them was what she needed, but the problem was they were too far away. She needed to bring one closer, but she had no idea how.
Netra closed her hand around her sonkrill, whispering a brief prayer as she did so. For a long moment there was nothing, then it seemed as if a door opened between her and the talisman. That other presence she had sensed at Treeside, when Tharn was coming for her, was back.
It whispered to her, not with words, but all at once she understood.
She acted immediately, without thinking, not entirely sure what she was doing. Somehow she reached out to one of the animals and touched it. An electric shiver passed through her, pleasant and painful at the same time. The animal stiffened and tried to flee, but she embraced it with her will, calming and soothing it.
Then she drew it towards her. It was not so different from what she had been doing her whole life. Always her connection with animals had been strong. Always they had trusted her, come when she beckoned. She was merely using beyond to speak to the animal in a different way.
She watched it walk over the crest of the rise and down towards her. Its eyes were luminous, trusting. The fear which drove it to flee the plateau was temporarily quelled. In a few moments it stood beside her, its head down, sniffing the strange being she knelt over.
“Only a little. I promise,” she whispered.
╬          ╬          ╬
When she stood up a short while later, her rescuer’s breathing was steady. His chest rose and fell with reassuring regularity and his wounds had mostly closed. The smile was gone, replaced by the hint of a frown. The danger was passed.
Then her eyes fell on the small deer. It lay on its side, head thrown back. The eyes were wide and still.
Netra sank to her knees, the breath driven from her. She put her hands on the deer’s lifeless form and her shoulders began to shake.
The wind howled and the ground shook beneath her. But they had no answers.
Movement in her peripheral vision drew Netra out of her misery. It was her rescuer, struggling to roll onto his side.  He was fearsome to look at, and the reddish blotches of newly healed skin made him look even worse. She hurried to him and put her hands on his chest to push him back down. As she did so, a jolt went through her.
Shorn.
His name was Shorn. And with that knowledge came so much more, a confusing barrage of images and pain. A pain that went through to the core of his being, that defined all he had become. That made him seek death, the only release he could see.
Landsend Plateau